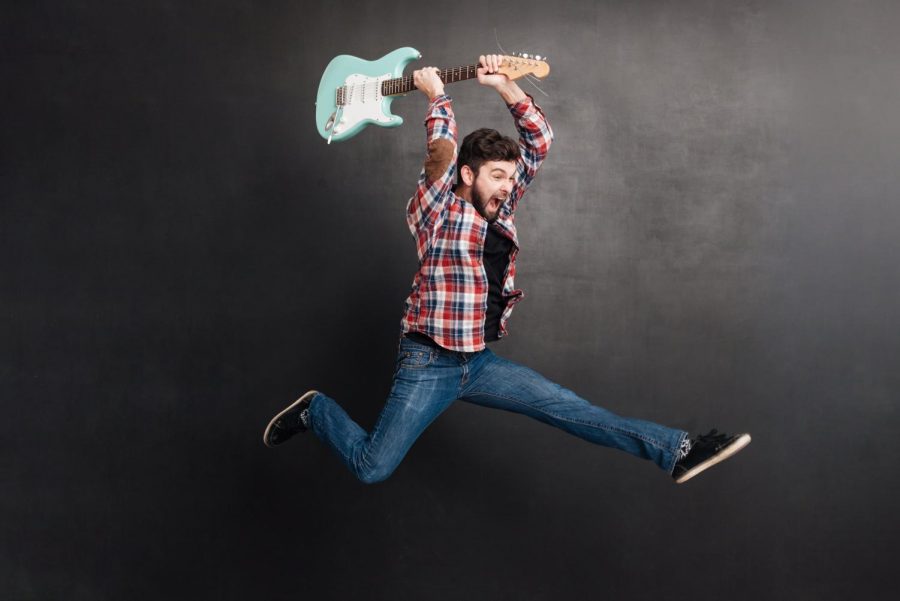 On October 6th, rock guitar legend Edward Van Halen passed away at 65 years old. He had been battling throat cancer for many years. Unfortunately, this cancer spread throughout his body and led to his health declining rather quickly. Eddie Van Halen was the guitar player for the now legendary hard rock band, Van Halen. Eddie’s guitar playing has been extremely influential on the guitar community and modern music in general. Caleb Morgan (AHS Alumni), had this to say about it, “Eddie Van Halen redefined what it meant to play guitar through his unique style of playing and writing.” Eddie influenced everything from guitar techniques, production techniques, to overall songwriting. On this topic, Lucas Stacks (a senior at AHS) had this to say, “He has no doubt left his mark on rock and roll history as one of the greatest guitarist of all time.” The guitar sound of Van Halen was extremely important to the progression of rock and roll music. As Lucas Stacks puts it, “He defined music of the 1970’s and 1980’s.” Even though the man may be gone, his legend and music will live on.