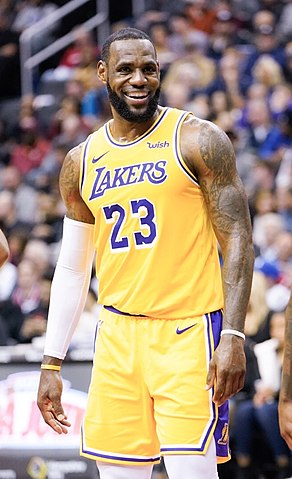 Recently, Joe Biden was elected to be the 46th President of the United States of America. An election that was filled with controversy and chaos was concluded on Sunday, November 8, 2020. Perhaps the most important election in recent memory due to the outbreak of Covid-19 earlier this year, it was important that everyone did their part in deciding the President for the next four years. With the rise of social media in recent years, everyone knew that it would play a vital role in campaigning.

When it comes to politics many people are not very open about their views. However, many professional athletes make their political views very public. This was seen in the 2020 election more than it ever has been. Athletes have been campaigning for their preferred candidate for months, perhaps even years in some cases. Back in 2016 former quarterback for the San Francisco 49ers Colin Kaepernick essentially began the trend of professional athletes taking a major role in politics. Kaepernick is infamous for kneeling during the national anthem in an attempt to bring awareness to social issues in America. In a move that caused immense controversy Kaepernick cited many reasons as to why he did this. His primary point was to bring awareness to social injustices surrounding the black community. This was many athletes primary motivation this year as well as the election ramped up.

With professional athletes who all have hundreds of thousands, if not millions of followers continuously posting about the election it garnered a lot of attention. They spoke to the youth of the nation more than anyone else. Encouraging many of these young Americans to go out and vote. In recent years it seems that the youth of our nation has almost disregarded voting as something that only older people with families did and that they didn’t have to do it. With the influence of professional athletes as well as other public figures many of the youth showed up to vote this year. It’s safe to say that professional athletes did their part in spreading awareness to go and vote. Hopefully, a generation of young Americans and those who will be eligible to vote in the 2024 election have learned the importance of voting. Professional athletes played a crucial role in this and we should all be grateful.