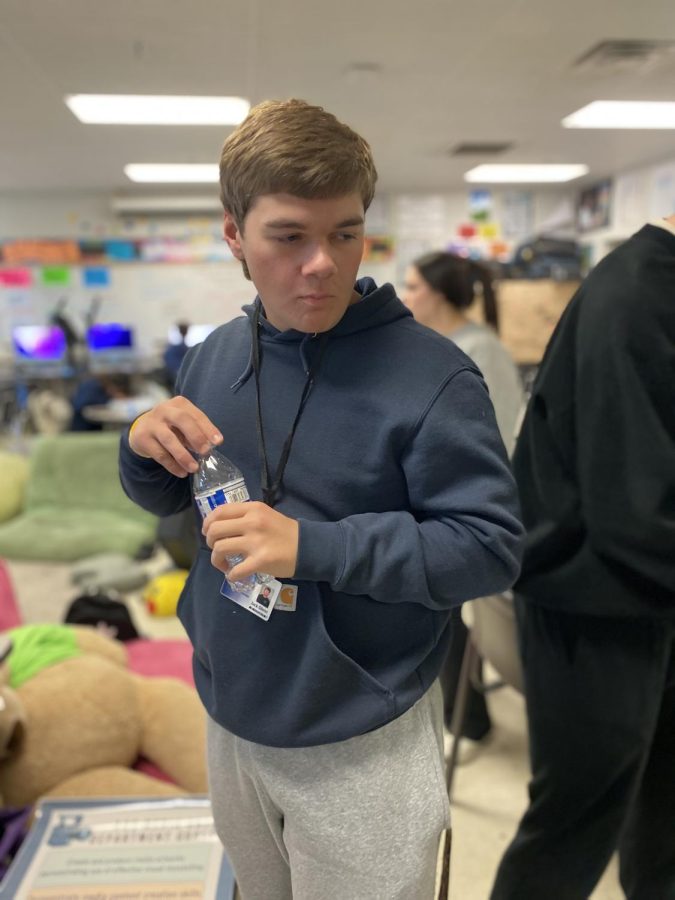 Jack Glenn can be described as being like a fish: despite everything moving around him, he keeps moving forward with his priorities in mind.

Jack is a born and raised Arlington denizen with a love for everything Tennessee. In fact, when asked what his favorite dog breed was, he said “It would probably be a Bluetick Coonhound. It’s a hunting dog, like Smokey, the mascot for the Tennessee Vols.” Speaking on sports, Jack has been playing sports his entire life. “I ended up playing football and baseball in middle school, but after high school, I stopped playing because I had work and other things to do.” Although his playing career has unfortunately ended, he still actively watches and keeps track with the latest football, baseball, and basketball seasons. Because of his love of sports. Jack decided to take the Sports Journalism at AHS.

In Sports Journalism, Jack researches, records, and publishes media for the TigerLife website about everything Arlington High School Sports. Sports Journalists must assist in the production of the Arlington home game livestreams, and for this, Jack is the producer. “It was a lot of stress because you have to pay attention to what everybody’s doing, and make them do what they need to do.” In the future, however, he wishes to step down from producer and take a more directorial role in the livestreams.

I’ve always been a Family Guy, I’ve always spent time with my mom and dad, you know, not everybody gets the privilege and opportunity to have a closer relationship with their parents, and I feel like I’m really blessed to be able to do that.”

About Jack himself, he values his family and faith above all else, when asked about what’s most important to him, he said “family and faith are up at the top.” He believes that he was blessed to be able to have a good relationship with both his parents, and having been raised in a Christian household, the Lord as well. He’s been able to atone for his past mistakes through his piety and eliminating the bad influences from his life, which is a large factor in why he holds his faith in such high regard.

In the future, Jack is unsure about his college plans, though his biggest priority is to stay in state. As for his dream career, he wants to either get into sports media or work as an HVAC Technician. In 20 years, Jack sees himself hopefully supporting a family and owning his own plot of land so he can provide for his children the way his parents did for him. He longs to spend his days peacefully fishing and teaching his young ones important life values.

Currently, Jack is excited to see how his senior year will play out. He knows he has a lot of work cut out for him, but he’s eager to tackle it head on. He still has many things he wants to do while at AHS and is already working to make sure he has a lasting impact at the school, including being the commentator for basketball and baseball, and follow in the steps of his mentor and AHS Alumni Roman Cleary.